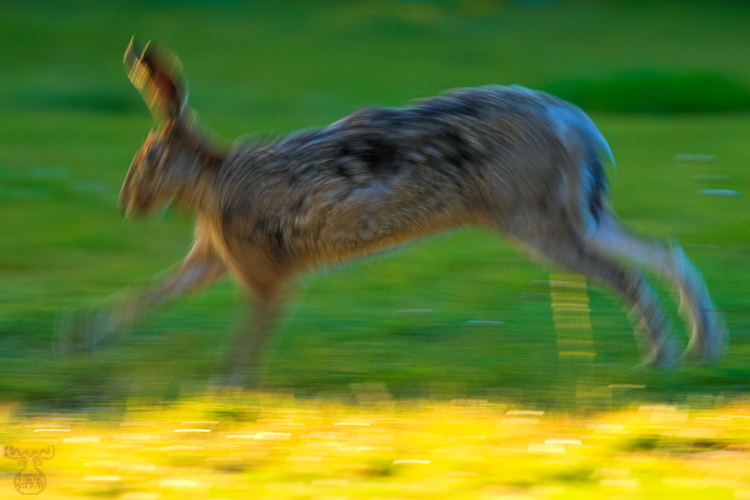 Another Danish hare in the favorite section. Still two very different images. While the one from July is a digitally altered version of the sitting hare, this one is more dynamical and without any manipulation.

The technique is pretty old - follwing your subject with the camera while it moves, and - while continuing the constant motion of the camera - take as many photos as possible. Using the 300mm without tripod at ISO100 gave 1/60s exposure time - good enough to give a speedy blur in the picture but still maintaining the shape of the animal far enough to recognize the species (at least after I told you).

The image stabilizer might have assisted here - although I had by mistake set it to stabilizer mode 1 - meaning, that it (tried to) stabilized in both direction. Mode 2 would have been the right selection (stabilization only in vertical direction, while I moved the camera in horizontal way. I think still the result - with the two bright colors of grass with and without light - is OK.